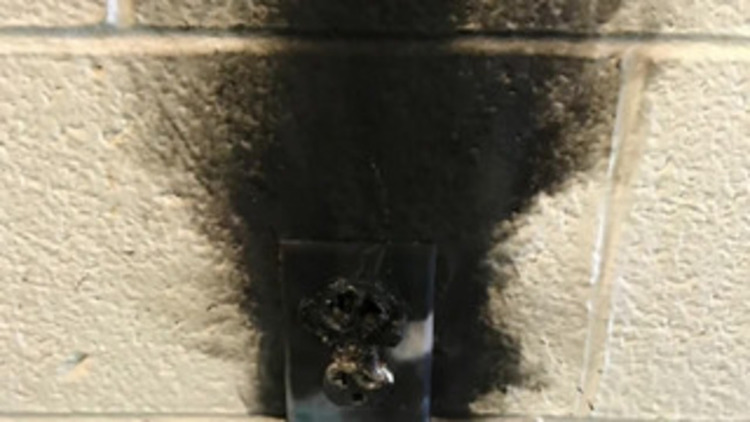 Some people on the popular app, TikTok are performing a dangerous challenge that’s being uploaded to the video app, authorities said.

Called the “outlet challenge,” it involves partially inserting the brick portion of a mobile device charger into a wall outlet and then sliding a penny down onto the brick’s exposed metal prongs. The result is a blast of electrical sparks.

The challenge has caused significant property damage at the Westford Academy, a high school in Westford, Massachusetts. One student is facing charges of burning a building, property destruction and disorderly conduct, according to ABC News’ Boston affiliate, WCVB.

Massachusetts State Fire Marshal Peter J. Ostrosky sent a memo last week to the state’s fire districts and schools warning about the dangers of the challenge. The challenge could cause “electrical system damage, and in some cases fire,” he stated.

“No one should ever play with electricity or outlets in a dangerous manner,” Frank Dwyer, spokesman for the New York City Fire Department, said in an email to ABC News. “FDNY urges families to talk to their children about fire safety.”