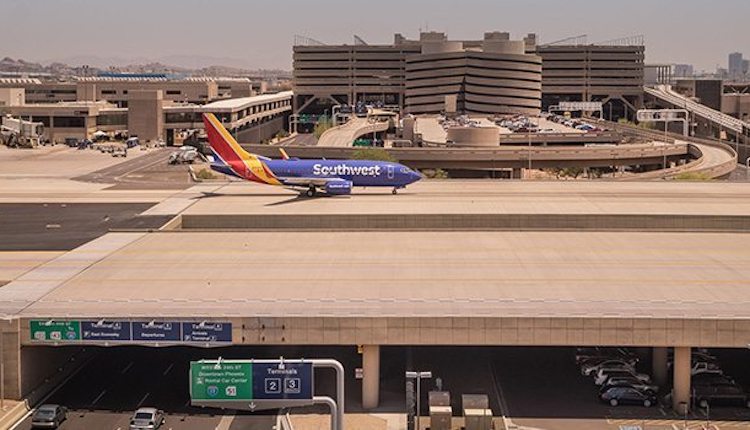 The two U.S. airlines that are the biggest carriers at Phoenix Sky Harbor International Airport have fared well in a comparison of on-time flights in North America during 2019, according to aviation data firm OAG.

“The low-cost carriers in North America continue to step up their game and invest in punctuality. Southwest Airline’s strategy to focus on secondary airports is especially noteworthy, as it continues to positively impact its OTP. The carrier owns a large share of activity at the airports it flies in and out of, which creates more control and flexibility over daily operations. Out of the 86 airports Southwest services, it has more than a 10 percent share at 39 locations and over 40 percent share at 14 locations,” said John Grant, senior analyst with OAG, in a statement.

Due to the grounding of the Boeing 737 MAX jet, Southwest saw its passenger count at Sky Harbor drop off sharply in November.

In the overall North American ranking, Hawaiian Airlines finished first with an on-time performance rating of 87.4%, retaining its No. 1 spot from a year earlier.

In a separate ranking from the Wall Street Journal based on data from masFlight, the analytics arm of Global Eagle, that takes in seven factors from involuntary bumping to mishandled baggage and canceled flights, American Airlines was determined to be the country’s worst airline for the third consecutive year. Finishing on top was Delta Airlines, with Alaska Air Group and Southwest Airlines rounding out the top three.

Sky Harbor also ranked well in a separate comparison of the most on-time major airports around the world, according to OAG. Sky Harbor was ranked No. 6 in the world for major airports, with an 80.28% on-time performance.

Sky Harbor was wedged in between Charlotte, North Carolina (CLT-80.7%) and Miami (MIA-80.22%). Major airports were classified as those with between 20 million and 30 million departing passenger seats per year.

The major airport with the best on-time flight performance in the world was Istanbul Sabiha Gokcen in Turkey, followed by two U.S. airports, Minnesota-St. Paul and Detroit rounding out the top three.

The highest-ranked U.S. airport in the “mega airports” category with more than 30 million departing passenger seats per year, was Atlanta (ATL-83.74%).

Click here to read the full ranking from OAG.