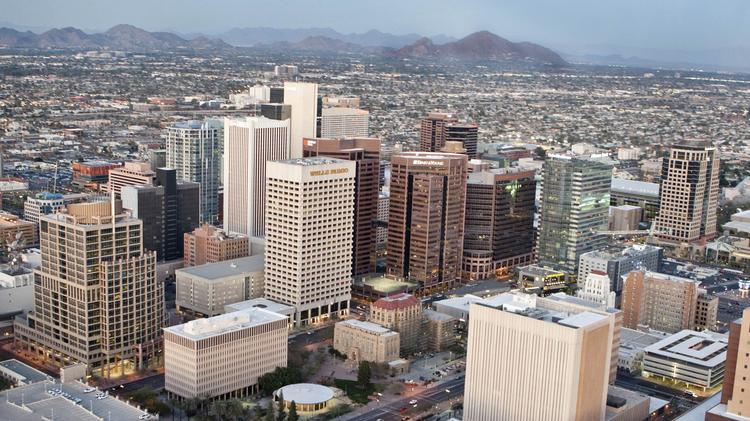 Phoenix’s Economy Grew by Double the Rate Of The Rest Of The U.S. In 2018

According to new data from the U.S. Bureau of Economic Analysis, Phoenix’s economy grew by nearly double the rate of the rest of the country in 2018.

Job growth in “advanced industries” is the reason why. Technology, health care, manufacturing and business and financial services accounted for the 4.5% increase, according to Eric Jay Toll with Phoenix Community and Economic Development.

“Those are the areas where wages are higher, there are benefits, and they’re the types of businesses that generate more into the overall economy,” he said.

“Our median age has dropped to 33, much younger than the 38.1 national average,” Toll said.

He adds that the metro economy’s value of $228 billion comes after area mayors shifted the economic base away from retail, real estate and construction after the great recession.

Toll said the advanced industries will keep Phoenix’s economy safe through recession cycles, especially since the construction sector’s contribution to the local economy has plummeted 45% since 2010.

The great recession jump-started a philosophical change, he added.

“For the first time across the country, people lost equity in their homes,” Toll said. “Losing that equity meant that they couldn’t sell their house.”