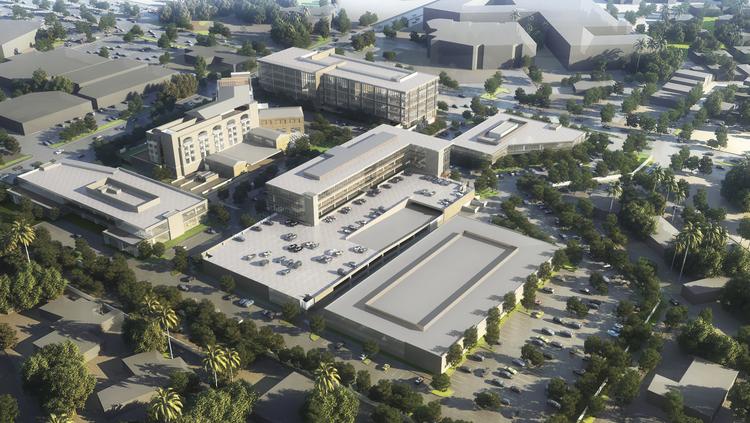 Phoenix City Council has approved a $300 million mixed-use project, but only after the team behind the development agreed to lower the height of the proposed buildings.

The 44|Camelback project is being master developed by Phoenix-based Red Development LLC and will include a hotel to be developed by Sam Fox, founder and CEO of Fox Restaurant Concepts. The 17-acre project will be built on the northwest corner of 44th Street and Camelback Road in Phoenix.

Until Wednesday, the project called for building both a Class A office building and the hotel 75 feet tall. That proposed height caused a lot of contention between the developers and people living in the surrounding neighborhoods.

During a four-hour meeting Tuesday evening between developers, neighborhood groups and other stakeholders, it was agreed Fox’s hotel would be reduced to 59 feet tall and the office building would be 58 feet tall. It is not immediately clear how the reduced height will change the number of hotel rooms and the total square footage of the office building.

Councilmembers apparently applauded the compromise. The project was approved 9-0.

Fox appeared before Council Wednesday asking for their support.

“I’ve been dreaming of this hotel project for over six years,” he said.

Fox said he was offered numerous opportunities to do develop hotels in other cities, but he passed because he wanted to do it in his hometown first.

The $50 million Suns training center is expected to be completed in the late summer of 2020.

Developers are expected to give an update on the project’s timeline in early 2020.