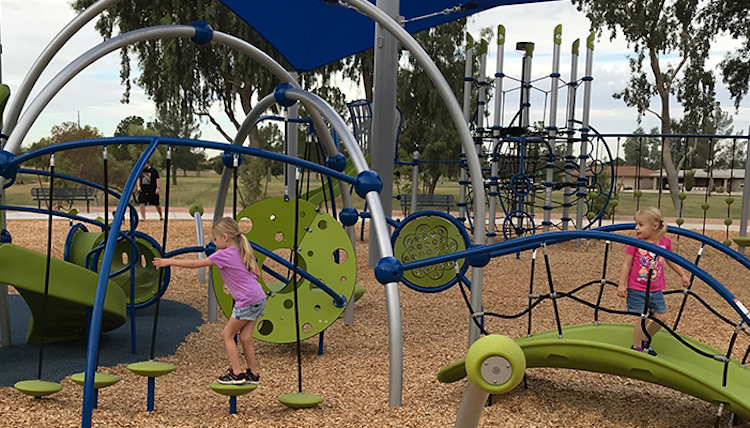 Where Are Your Kids The Most Exposed To Germs?

We are officially heading into cold and flu season. Germs are hard to avoid, especially if you have children. Where kids pick up and spread these germs might surprise you.

Dr. Charles Gerba is a microbiologist and professor in the Department of Environmental Science at the University of Arizona. Most people call him “Dr. Germ.” He has been studying the spread of germs for decades and says the No. 1 place that scares him the most is a playground.

“The monkey bars,” he said. “Oh, you can find a lot of bird bacteria that could make you ill on monkey bars. They’re really a public restroom for birds.”

“Swings are bad, too,” he continued. “Especially with small children. They’re holding onto it, and their bottoms are in the swing all the time, too, so they get contaminated.”

Dr. Germ says kids are great at spreading germs, because they often aren’t washing their hands often enough, and they touch everything. Playground equipment isn’t the only thing that provides a breeding ground for some nasty germs. Sports equipment can be gross filled with them too.

“Soccer balls and baseballs get contaminated,” Gerba explained. “All of them have fecal bacteria because they’re rolling on the ground where animals have defecated.”

When kids pick up those balls, they get that fecal bacteria on their hands and then bring it home with them, Gerba said.

While you and your kids cannot avoid germs, you can fight them. Gerba suggests having kids wash their hands or use hand sanitizer immediately after playing at the playground or playing sports. He also says everybody should wash their hands the minute they walk in the door at home to keep from spreading germs around your house.

Click here to learn more about how to avoid the spread of germs from your kids.