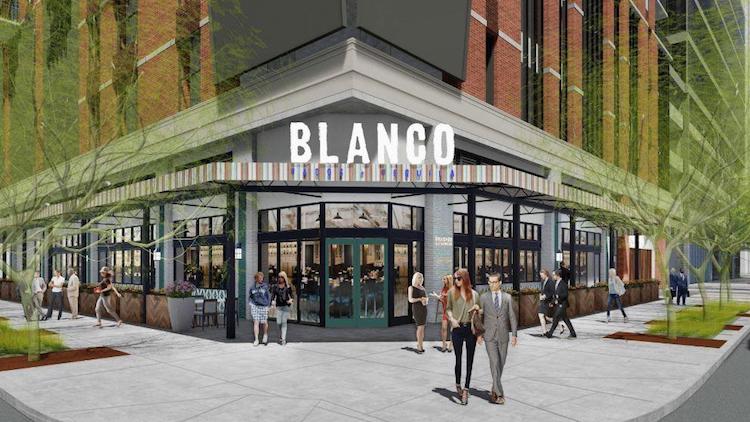 According to a press release, the brand recently broke ground on a Culinary Dropout that will open in north Scottsdale this spring.

The nearly 16,000-square-foot restaurant with an outdoor seating area and yard games is being built in the Scottsdale Quarter at 15125 N. Scottsdale Road.

“With new developments taking place at Scottsdale Quarter and our sister restaurant, Zinbuger, across the street, it felt like a great match,” founder Sam Fox said in the release

He sold Fox Restaurant Concepts to The Cheesecake Factory earlier this year but is continuing to lead the company.

In downtown Phoenix, a Blanco Tacos and Tequila location will open at 330 E. Roosevelt St.

The almost 7,000-square-foot space will be across the street from an already existing Fox concept, The Arrogant Butcher.

Gilbert will get the other two new eateries, with Flower Child and North Italia planned for SanTan Village Parkway and Williams Field Road.

“We are continuously looking for dynamic, fast-growing neighborhoods and all of our newest locations are natural choices for our next phase of expansion for our restaurant brands in Arizona,” Fox said.

Fox sold the brand in July for $308 million in cash at closing and another $45 million due over the next four years.

Other restaurants part of the brand include: The Henry, Dough Bird, Olive and Ivy, The Greene House, Wildflower and The Rocket.