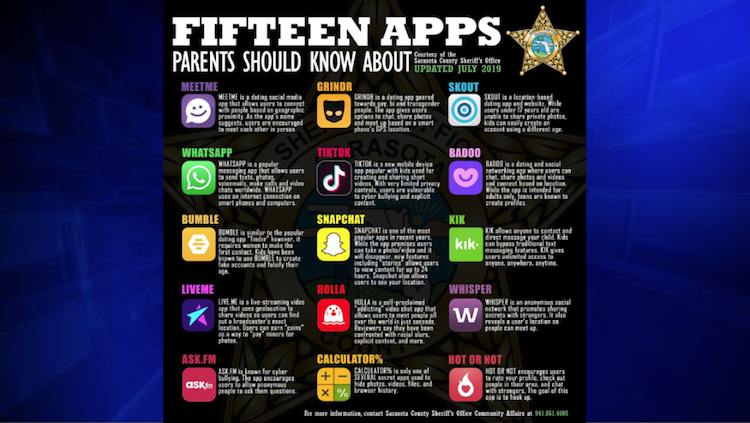 Officials Warn Parents Of Apps Their Children May Be Using

Officials in the Sarasota County Sheriff’s Office in Florida are reminding parents to stay vigilant in monitoring their children’s phone app use. The department has updated its heavily circulated list of smartphone apps parents should be aware of. This comes after the arrests of 23 men who traveled to meet people that they presumed were children for sex.

During its latest operation, the sheriff’s office said men connected with people they thought were 14-year-old boys and girls through apps including Plenty of Fish, HILY, MocoSpace and Zoosk.

Another new addition to the list is an app called “Monkey.” Deputies say it is rated for people 12 and older but also has “mild sexual content and nudity.”

Law enforcement officers encourage parents to monitor their children’s phones and keep an eye on what mobile apps they are using.

Here is a list of apps authorities want your children to avoid using:

The Hello Kitty Truck Is Coming To Arizona