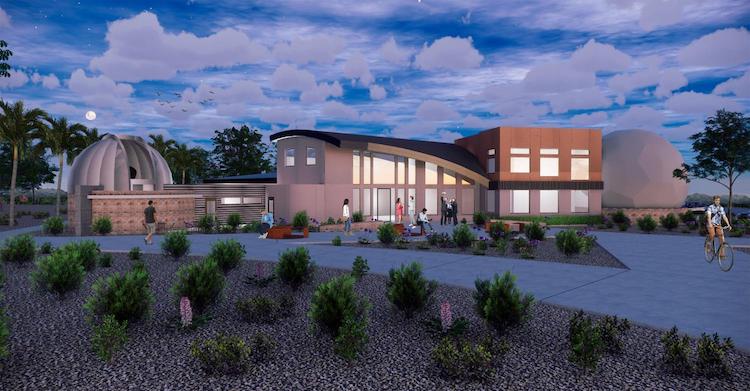 Fundraising is underway for a new $18 million project in Fountain Hills. At a public meeting this week, the 15,000-square-foot International Dark Sky Discovery Center was announced.

“We’re pretty excited about it, as you can well imagine,” Joe Bill, co-chair of the town’s Dark Sky Association, said Wednesday evening.

The center plans to have four main elements: an observatory with a research-grade telescope, a planetarium, a theater, and an interactive exhibit hall.

The center would also include a lobby and a private courtyard, Bill said.

Fountain Hills is best known for its 560-foot high fountain, but last year became the fourth dark sky community in the state and the only one outside of Northern Arizona.

Fundraising efforts will be focused on major sponsors, but individual donors are also encouraged to contribute.

“If we don’t have signs of good (fundraising) progress in two years, then maybe it’s not meant to be, but we hope we get lucky,” Bill said. “Once you get a couple major donors on board … all of a sudden it starts happening.”

Dark Sky cities only use light fixtures that shield the actual bulb. The city does not allow bright white lights — LED or otherwise — and instead requires the use of warm lighting.

Other Dark Sky communities in Arizona are Oak Creek, Sedona and Flagstaff.

CDC: COVID-19 Does Not Spread Easily By Contaminated Surfaces