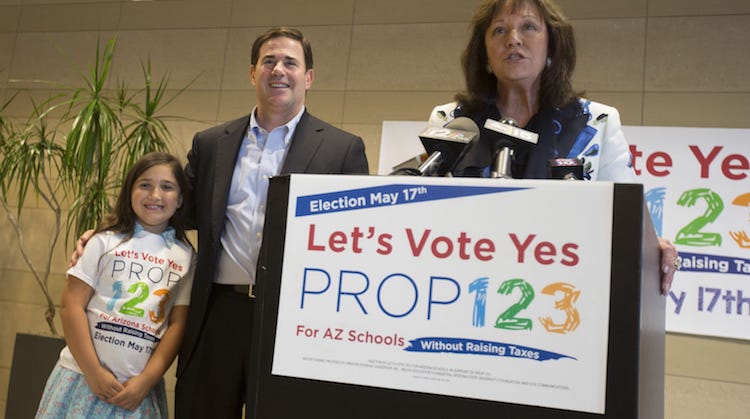 According to the Arizona Office of Education, “Proposition 123 increases the distribution of funds from the Permanent State School Fund from 2.5% to 6.9%  to public schools for ten years, but also includes fiscal protections for the State General Fund and the Permanent State School Fund, to protect these funding sources from the impact of significant economic downturns.”

Wake issued the ruling after Arizona resident Michael Pierce sued the governor for acting without congressional approval. The state won’t be expected to pay the money back, but it will be banned from dipping into land trust funds in the future for education.

Ducey spokesman Patrick Ptak issued the following statement on Twitter, “This decision is terrible and will be overturned on appeal. Rarely before have we seen such a blatant disregard of facts, precedent and common sense to push forward the agenda of one biased, activist judge.”

The judge also threatened an injunction against governor if he continues to act without congressional approval. The current educational funding amounts established by Proposition 123 aren’t set to expire until 2025.

Now Is The Best Time To Start Looking For Holiday Flights