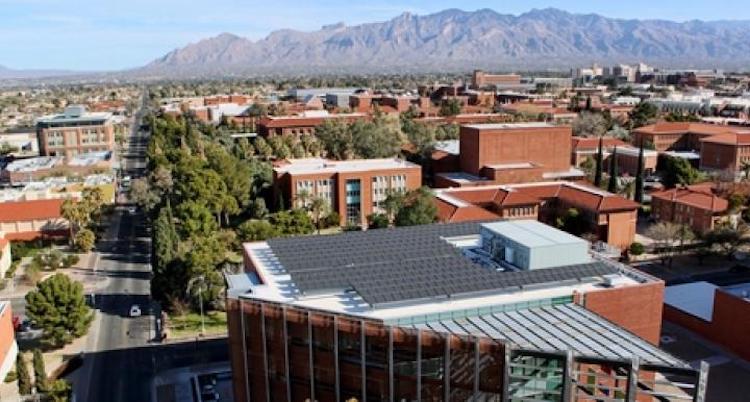 The University of Arizona has significantly increased its standing in yet another prestigious ranking of higher education institutions.

The UA placed 136th out of 801 U.S. colleges and universities in the fourth annual Wall Street Journal/Times Higher Education College Rankings, released Wednesday. The ranking is an 81-position increase from last year’s list and 36 spots higher than the UA’s highest mark in these rankings in 2017.

“I am thrilled to see the University of Arizona make such a huge jump in these rankings,” said UA President Robert C. Robbins. “Everyone here has worked hard to improve every facet of our university’s educational experience, and it is gratifying to see that work recognized on the national level.”

The WSJ/THE ranking scores each university on four key areas: resources (30%), engagement (20%), outcomes (40%) and learning environment (10%). The ranking adopts a balanced scorecard approach, with 15 individual performance indicators combining to create an overall score that reflects the broad strength of the institution.

The UA earned top marks in its ability to engage with its students, where it placed 79th overall, and in the university’s learning environment (No. 108). The UA’s major improvements in student outcomes (112-spot increase) and university resources (77-spot increase) contributed to its rise in the overall rankings.

The UA’s top scores among the 15 individual performance indicators came in subject breadth, student recommendations, diversity of the student body, interaction among students and debt after graduation.

More than 170,000 current students took part in the Times Higher Education Student Survey, which examines a range of key issues, including students’ engagement with their studies, interaction with their teachers and satisfaction with their experiences.