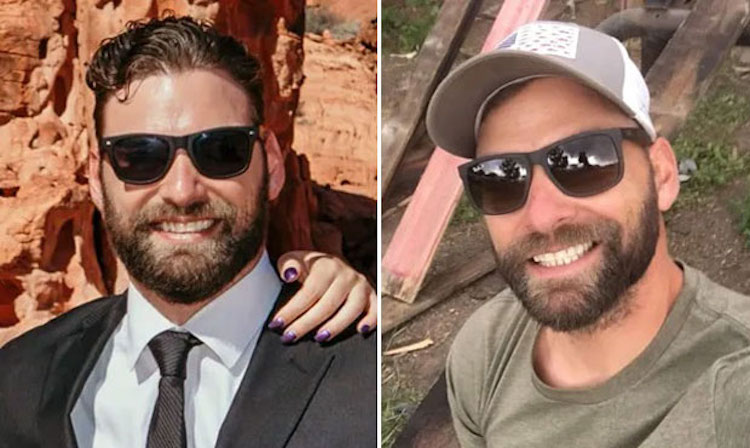 37-year-old Marine Corps veteran, Jesse Conger has been missing since August 14. He was last seen at his Scottsdale apartment by his girlfriend.

Conger’s family and friends are staying hopeful that he is alive and well, but are worried he may be suffering from PTSD. They continue to pass out flyers and share his photo to get the word out to others.

Conger left some personal items at home, which has police concerned. He is described as white, 6’2”, 200 pounds, with brown hair, blue eyes, with tattoos on his arm, and a tattoo of the word ‘rise’ on his chest. It is believed that he may have headed to Mexico. He is presumably driving a 2015 Toyota Camry with Nevada license plate (696G03).

Bobby Richardson served in the Marine Corps with Conger and is eager for his safe return home.

“We served together and then we wound up in the same squadron and became rescue swimmers together,” said Richardson.  “Incredibly selfless guy, never wanted to shy away from helping people out, if he saw someone who had an issue he would jump right in and help him.”

Though he has firsthand experience understanding what Conger’s mental state may be like, right now, Richardson is remaining hopeful. His fond memories with Conger are keeping him going during the search.

“Incredibly difficult job, you’re helping people on their worst day, our motto as swimmers was so others may live, you had to be a special person, you’re the only person in the water,” said Richardson.

Conger has given so much to his country, his family wants to give that same commitment to the effort of locating him. If he is suffering from depression, his family, friends, and community want him to know that they are here for him.

“The family is panicking, they want to know where he’s at,” Founder of Code of Vets, Gretchen Smith said. “This is out of character for him, so they’re literally out in the woods, searching for their son, their brother, their cousin, their friend.”

Bill Pulte, the Chief Executive Officer of Pulte Capital and Blight Authority, has offered a $30,000 to the person who finds Conger. Pulte calls himself the “inventor of Twitter philanthropy”.

Smith reached out to Pulte through her non-profit for help and he didn’t hesitate.

“We feel like this is a true emergency,” Smith said. “We have to take action and [Pulte] wants to be a part of the veteran community in doing what he can to decrease that number that we have daily that’s committing suicide.”

Code of Vets is devoted to taking care of veterans and Pulte is proud to offer a reward to help aid in the search for Conger.

“When your veterans go missing, when they are in those dark places, this is what you can do,” Smith said. “This is how you can assist them – they are not aware of what their options are.”

“I’m extremely hopeful, you never give up hope, that’s one thing I’ve learned, you never know, until we find Jesse, you have to remain hopeful,” says Richardson.

If you have any information about Jesse Conger’s whereabouts, please call the Scottsdale Police at 480-312-5000.