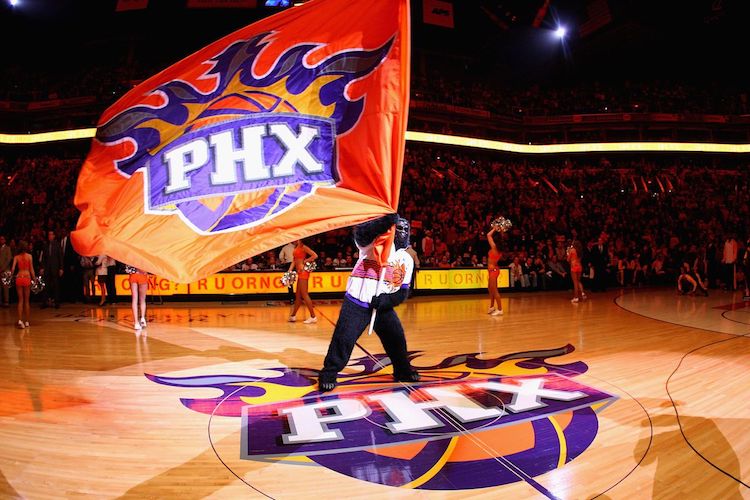 The Phoenix Suns will open the 2019-20 NBA season at home with the Coca-Cola & Fry’s Food Stores Tip Off against the Sacramento Kings on Wednesday, Oct. 23 at 7 p.m.

The Suns’ home schedule at Talking Stick Resort Arena is highlighted by visits from LeBron James, Anthony Davis and the Los Angeles Lakers on Nov. 12 and April 15 as well as Kawhi Leonard, Paul George and the Los Angeles Clippers on Oct. 26 and Feb. 26.  The defending NBA Champion Toronto Raptors will make their lone trip to Phoenix on March 3, while the Suns host Zion Williamson and the new-look New Orleans Pelicans on Nov. 21 in a matchup that will air on TNT.  Other marquee home games at Talking Stick Resort Arena include matchups against the Milwaukee Bucks (March 8), Houston Rockets (Dec. 21 and Feb. 7), Golden State Warriors (Feb. 12 and Feb. 29), Portland Trail Blazers (Dec. 16 and March 6), Philadelphia 76ers (Nov. 4) and Brooklyn Nets (Nov. 10).

The Suns return to Mexico City as part of the NBA Mexico City Games 2019, when the Suns host the San Antonio Spurs on Dec. 14.  Phoenix made history in 2017 when it became the first team to ever host two consecutive regular season games in Mexico City.

Of the Suns’ 40 home games, 14 will be played on Friday or Saturday with eight Friday night home games and six Saturday night home contests.  Phoenix’s home schedule includes two six-game home stands, with the first taking place from Nov. 4 to Nov. 18 and the other spanning from Feb. 26 to March 8. The Suns open the season with nine of their first 12 games in the Valley and conclude the season with four of their final seven games in Phoenix with their home finale coming against the Los Angeles Lakers on April 15.  Phoenix will play 13 back-to-back sets this season, two of which will be two home games on consecutive days (Feb. 7-8, Feb. 28-29).

FOX Sports Arizona remains the exclusive local television home of the Suns, continuing a long-standing partnership that began with the 2003-04 season.  The “Voice of the Suns” Al McCoy will call his 48th season of Suns’ action on the team’s flagship radio home, 98.7 FM Arizona’s Sports Station, and KSUN 1400AM will once again carry the Spanish-language radio broadcast.  A full television and radio broadcast schedule will be announced in the coming weeks.

As an exclusive benefit of being part of the Suns Family, PayPal SixthMan Members will have the first opportunity to purchase additional single-game tickets.  Fans can download the Official Suns Mobile App and create an account, follow the Suns on Twitter (@Suns), Instagram (@Suns), Facebook (Facebook.com/Suns) and SnapChat (PhoenixSuns) or subscribe to the “SunsDay Post” newsletter at Suns.com for the opportunity to purchase before tickets go on sale to the general public on Thursday, Aug. 15 at 5 p.m.  Tickets can be purchased by visiting Suns.com or calling 602-379-SUNS.

A complete 2019-20 Phoenix Suns schedule is attached and available on Suns.com.

Nom On Some Noodles At The Nom Nom Noodles Festival