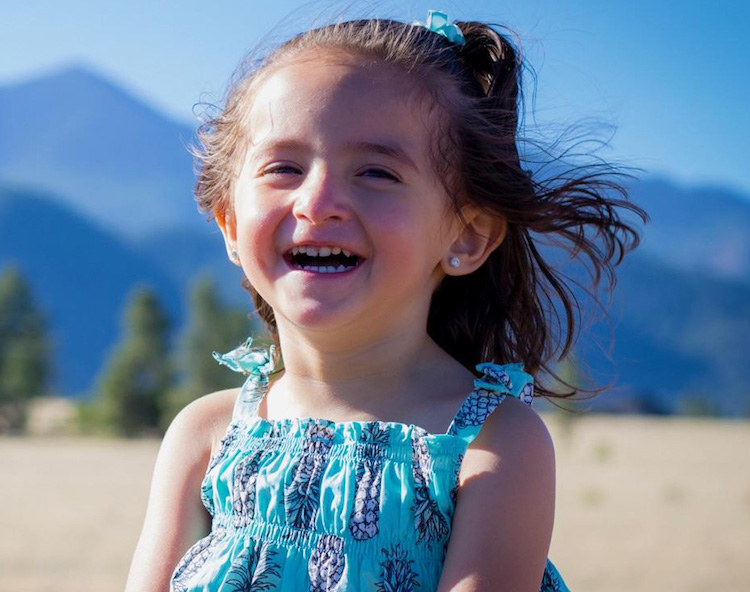 August 1st – 7th is recognized as National Minority Donor Awareness Week, which was created in 1998 to increase our nation’s consciousness of the need for more organ and tissue donors — especially among multicultural communities. National Minority Donor Awareness Week honors communities of color who have been donors, and encourages others to register as donors. It is about empowering multicultural communities to save and heal lives by registering as organ and tissue donors.

As of August 2018, 58% of the individuals waiting on a life-saving transplant in the United States are multicultural patients. Hispanics represent nearly 20% of the patients on the national transplant waiting list. In 2016, nearly 13% of U.S. organ donors were Hispanic. Although organs are not matched according to ethnicity, and people of different races frequently match one another, individuals waiting for an organ and/or tissue transplant will have a better chance of receiving one if there are large numbers of donors from their ethnic background. This is because compatible blood types and tissue markers (which are critical qualities for donor/recipient matching) are more likely to be found among members of the same ethnicity.

Manuel and Dulce Soto were excited to find out they were pregnant with twins. Their family already included sons Francisco Manuel and Diego Jonathan, and a daughter, Gael Leobardo. Their twins, Itzel and Perla, were born in March 2015 perfectly rounding out their family of five children. However when the twins were only a year old, Manuel remembers the day their world was rocked in a frightening way when they heard the news that Itzel might have cancer. Dulce remembers, “Our family’s transplant journey started the minute Itzel had her second biopsy due to a bump we found between her right temple and her eyebrow. The preliminary test results showed abnormal cells. We were so scared, especially when we were told our baby girl would need to be admitted to the hospital for several days for more testing to be done.”

On March 10, 2016, Dulce and Manuel received the devastating news that Itzel was diagnosed with a deadly cancer called neuroblastoma Stage 4, which is a malignant tumor that starts in the nerve cells and then quickly spreads. Her twin, Perla, was cancer free as were the older three children – which was just the start of many questions they would have regarding Itzel’s diagnosis and transplant journey. Itzel was kept inpatient for about three weeks during which time she had a port implanted and began receiving chemotherapy. Following that initial dose of chemo, Dulce and Itzel had to return to Phoenix Children’s Hospital every three weeks for the baby to receive additional chemotherapy. Each chemo treatment required Itzel to remain inpatient for a week, with either Dulce or Manuel at her side while the other parent was at home with their other children.

For numerous reasons, including the possible lack of a bone marrow match in the registry, it was determined Itzel would receive an autologous bone marrow transplant. Some of Itzel’s stem cells had to be removed before she was given high doses of chemotherapy. Her stem cells were stored in a freezer and after the baby’s chemotherapy treatments, the stem cells were put back into her body with the hope that normal blood cells would then be made.

Dulce and Manuel were told Itzel’s transplant team would need to collect her cells that would be used for the autologous transplant between the second and third chemotherapy treatments. Another procedure would need to be done with her cells between the fifth and sixth chemotherapy treatments as well. There was also a possibility her doctors would remove some of the tumors they had found on Itzel’s temple, adrenal gland, lymph glands and pelvis.

The treatments, the trips, the overnight stays plus many more transplant-related expenses were quickly mounting for this family. A transplant financial coordinator at Phoenix Children’s Hospital met with Dulce and Manuel and suggested they reach out to the Children’s Organ Transplant Association (COTA) to investigate the possibility of fundraising for the growing transplant-related expenses. In early August 2016 Dulce called COTA’s 800 number.

COTA uniquely understands that parents who care for a child or young adult before, during and after a life-saving transplant have enough to deal with, so COTA’s model shifts the responsibility for fundraising to a community team of trained volunteers. On September 12, 2016, Dulce and Manuel officially became part of the COTA Family, and a COTA fundraising specialist travelled to their Arizona hometown to train the volunteers for the COTA campaign in honor of Itzel S. COTA is a 501(c)3 charity so all contributions to COTA are tax deductible to the fullest extent of the law, and COTA funds are available for a lifetime of transplant-related expenses.

Itzel received her bone marrow transplant, and her second chance at life, on September 14, 2016. “The day of Itzel’s transplant came and it was the most difficult time of the journey because she got so sick and had some life-threatening complications as well,” Dulce said. “Her pic lines were infected and she struggled with several viral infections that we were told could kill her if not treated immediately. We sat at her inpatient bedside for close to two months waiting and praying the transplant would work and she would be able to survive it all.”

When Itzel was finally released from being an inpatient, the family relocated to transplant housing close to Phoenix Children’s. They stayed in the Ronald McDonald House for another month and a half during which time Itzel endured 12 rounds of radiation therapy. Tiny Itzel had to be put to sleep with anesthesia every day that she received radiation. Her transplant team of specialists finally decided she was doing well enough that the family could return to their Bellemont home, but Itzel would still need to undergo another five rounds of oral chemotherapy to finish the first phase of her treatment plan and to make sure everything possible was being done to maximize the success of her bone marrow transplant.

In May 2017 Itzel was finally done with all of her initial transplant-related procedures and her doctors removed her port. It was indeed a day of celebration for Itzel’s family.

When Dulce thinks back to the scary days of being inpatient with her little girl, she tearfully remembers how many of their friends and family members were back home praying, helping with their other children and working with COTA to raise funds for the mounting transplant-related expenses.

“The Children’s Organ Transplant Association (COTA) provided so much hope to us by simply being by our side during some very dark days. COTA assisted us with transplant-related expenses and every person at COTA was very patient with us since this was all new. COTA emailed and called us to check on Itzel and on the rest of our family. COTA checked in with our volunteers to make sure they had everything they needed. COTA allowed us to focus on Itzel and her recovery. The biggest gift COTA gave us was helping us to see we were not alone; COTA will be part of our family’s journey … for a lifetime,” Dulce said.

Dulce describes Itzel’s transplant journey in one word — intense. However Dulce is happy to share that Itzel is currently in remission and “clean of cancer.” They must return to Phoenix Children’s for periodic scans and tests, but those trips are not as stressful because they know they are returning home when they are completed.

Today Itzel loves playing with her twin sister and doing things other normal kids are doing. Itzel is a big fan of putting stickers everywhere, going to the park, playing in the dirt and when inside playing with her kid-sized kitchen. Itzel being a ‘normal’ kid is something that Dulce and Manuel celebrate every day when they see her smile and hear her infectious laughter.

August 1st – 7th is National Minority Donor Awareness Week. Many COTA families are waiting for their children and young adults to be matched to an organ or tissue donor. You can visit www.RegisterMe.org to indicate your wish to be a life-saving donor. Every day 22 people die waiting for an organ transplant here in the United States. One organ donor can save eight lives.

For more information about the Children’s Organ Transplant Association (COTA), or to find a COTA family in your area, please email [email protected].