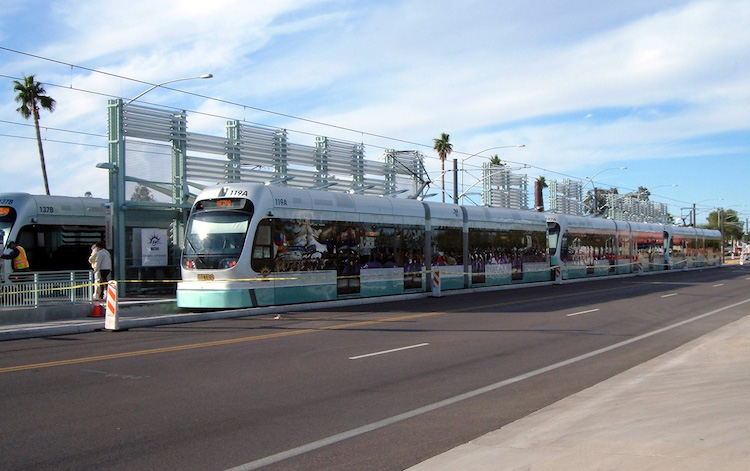 Voters in Phoenix will soon head to the polls to vote on a controversial initiative that seems to have Phoenix residents divided.

In six weeks, voters will have get to voice their opinion on the expansion of Phoenix’s light rail.

Proposition 105, would stop current and future light rail expansion projects. In addition, the money allocated to the light rail project would be used to fund other transportation infrastructure improvements in Phoenix.

“Ask me about the light rail 15 years ago, I would say it was the greatest thing since sliced bread,” said Larry Cohen, a member of the group. “But it’s not an antiquated system. It’s not a practical system.”

In 2015, $550 million was approved by voters to use for the light rail expansion. The rail would have been extended from downtown Phoenix to the South Mountain Village core. However, this week, new documents filed by the Valley Metro Rail with the U.S. Department of Transportation shows the estimated costs to be about $1.35 billion.

According to Cohen, he was “shocked” that the estimated cost nearly tripled, and he would not be surprised if it went up further.

Opponents of Proposition 105 believe Phoenix can benefit from the expansion.

“The light rail contributes to significant job growth and economic development, while also providing community-wide health benefits,” Todd Sanders and Jennifer Mellor with the Greater Phoenix Chamber said in a statement. They believe the expansion “is essential in keeping the Greater Phoenix Region competitive with other markets.”

While the election is on Aug. 27, early voting begins on July 31 and ends Aug. 23 at the Phoenix City Hall.