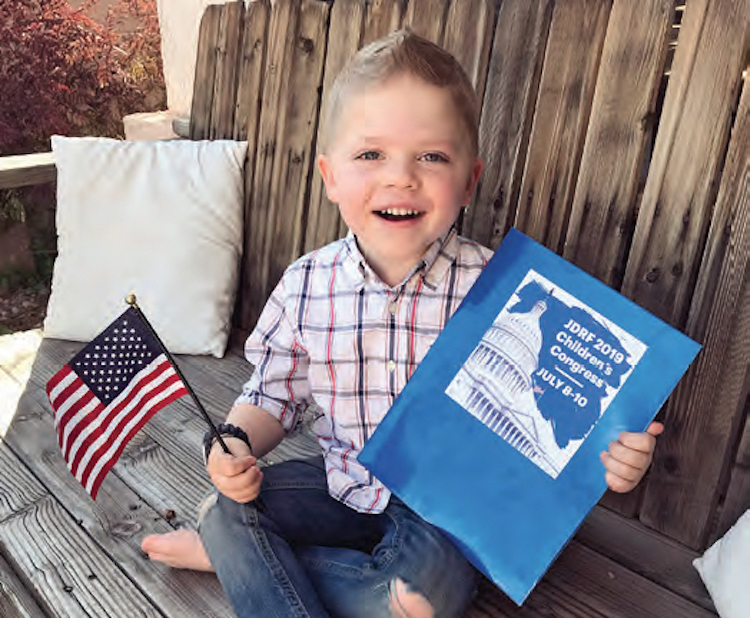 Arizona resident, five-year-old, Grant Leonard, has become an inspiration and advocate for children living with Type 1 diabetes. His future career is also one that displays his courage.

“One day I want to be a firefighter so that I can help people because I’m very brave,” he says in a video that was posted by the Juvenile Diabetes Research Foundation.

Grant is one of more than 160 kids that is participating in the JDRF Children’s Congress in Washington, D.C. this week. The event happens every other year, and JDRF ambassadors meet with congressional members. The ambassadors advocate for funding for Type 1 diabetes research.

This year, the group is trying to draw attention to the need to renew the Special Diabetes Program. The program allocates $150 million each year for research at the National Institutes of Health. The funding ends in September.

Grant is scheduled to meet with Arizona’s U.S. Senators, Martha McSally and Kyrsten Sinema, and he is also meeting U.S. Rep. Andy Biggs of Gilbert.

“He’s going to basically give Type 1 diabetes a face to them,” says his mother, Faith Leonard.

Type 1 Diabetes makes Grant’s pancreas not create insulin. Insulin is necessary to manage his blood sugar levels, and he has to use a pump to deliver insulin into his system. The disease requires lifelong treatment, but he doesn’t plan to let this slow him down. “I will not let Type 1 diabetes stop me from doing the things I love, like playing soccer or reading a good book or playing with my friends,” he says.

Grant had the opportunity to meet with Mike Tucker, who is a Gilbert firefighter that also has Type 1 diabetes. They instantly shared a bond.

“He’s already doing more than 99% of kids without diabetes do,” Tucker says. “He’s going to Congress to talk about it and standing up in front of them. That’s awesome.”

Tucker knows that the disease won’t stop Grant from fulfilling his dreams. “He can do whatever he wants to do,” Tucker said. “Now he may have to look at it from a different angle than most people or people without diabetes, but this disease isn’t going to stop him from achieving whatever goals he wants to achieve.”