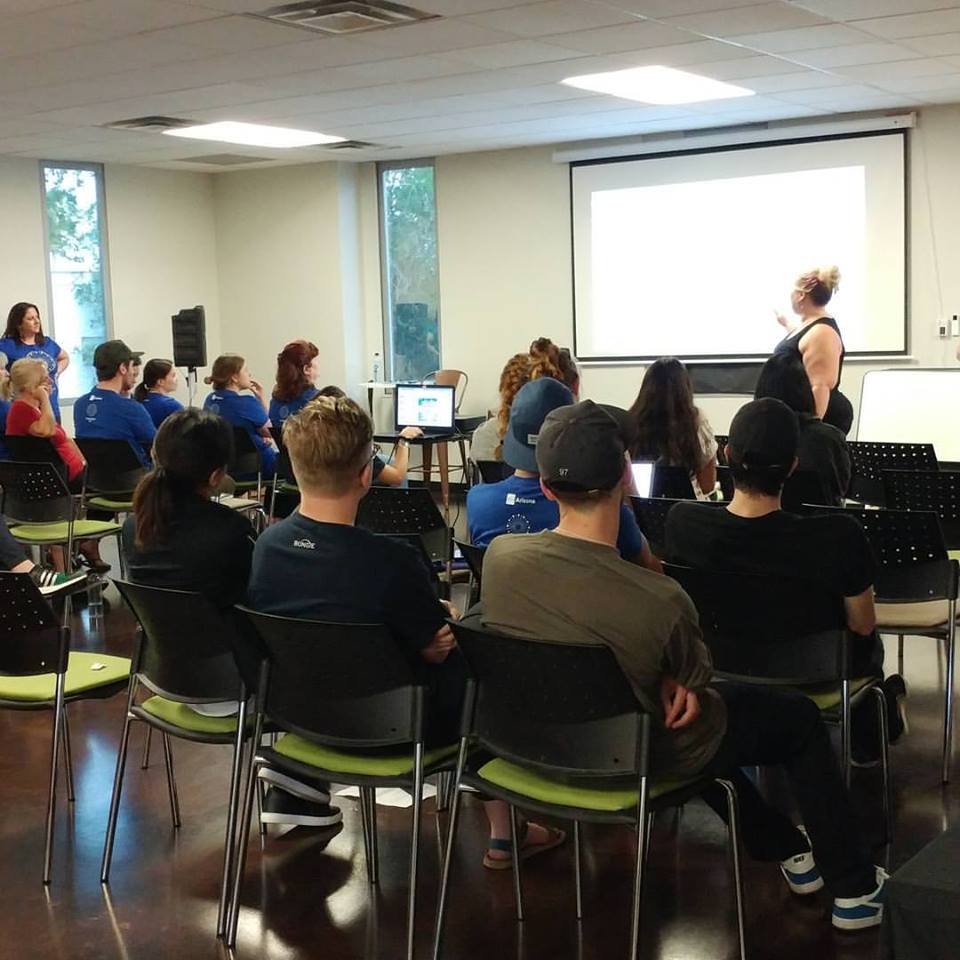 Walking into CO+HOOTS coworking space, one will find a diverse group of people, but it wasn’t always that way. Both Jenny Poon and Odeen Domingo, the founders of CO+HOOTS, gained success as the first coworking space in Arizona, but quickly realized the lack of diversity that existed in membership. They started doing research and recognized ways in which women, youth and entrepreneurs of color were not prepared to start a business.

This lead to them creating the CO+HOOTS Foundation, a 501(c) (3) sister organization to the CO+HOOTS coworking space. The foundation provides workshops to help entrepreneurs and youth learn how to start a business and network.

“They (Poon and Domingo) wanted to make sure that there was a launchpad essentially for folks to become ready to start their businesses, said Lisa Glenn Nobles, Executive Director of the Co+Hoots Foundation.

As the Executive Producer for the foundation, Nobles’ primary responsibilities are to ensure the programs are having the most substantial impact they can in Phoenix and their resources are being used responsibly.

Nobles was raised in the deep south and studied abroad in South Africa, so she understands the importance of equity and inclusion. She saw first hand what it looks like when states and countries disregard diversity and marginalize a group of people. That’s why she continues to work for the foundation because she genuinely believes in their mission.

“We have to be sure that as we are developing our economy that we are including all types of people in that,” Nobles explained with her eyes full of passion and hope.

Nobles’ hopes that in 10 years, the US census data will be reflective of the diversity they are working to create amongst entrepreneurs. She also hopes that by 2030, the CO+HOOTS Foundation has been successful in assisting Arizona to position itself as an example of how to do business in a diverse space.

“We really believe that in order for Arizona to be successful and competitive on a national and international stage, we have to engage everyone … Our greatest asset is our diversity and people in the state, “ Nobles explains.

Programs Offered through the CO+HOOTS Foundation

MidWeek MindTweak — A lunch and learn that invites different guests to speak on a topic every month about equity and inclusion.

The Youth Changemaker Summit — A three-day event that targets high school students to educate them on how to build a business.

Entrepreneur Extravaganza — An event hosted on Arizona Gives Day providing sessions for entrepreneurs, networking, and a conversation on diversity and inclusion. After receiving positive feedback and the demand for the event, they will be hosting another one on December 1st.

OFFPITCH: A Lip Sync Battle — An annual fundraiser that brings together startup leaders in a battle for the title of the best silent singer. The theme this year is Wild West, which signifies the great unknown that entrepreneurs walk into every day. The event will be on September 6th. Eight teams of professionals will compete.

How to get involved

There are many different ways you can get involved with the foundation. They are currently seeking committee members.

The CO+HOOTS Foundation also needs volunteers and financial contributions to allow the foundation to continue in its success.

To learn more about the CO+HOOTS Foundation and how to get involved click here.

For the First Time in Over a Decade, Phoenix to Raise Trash Collection Fees