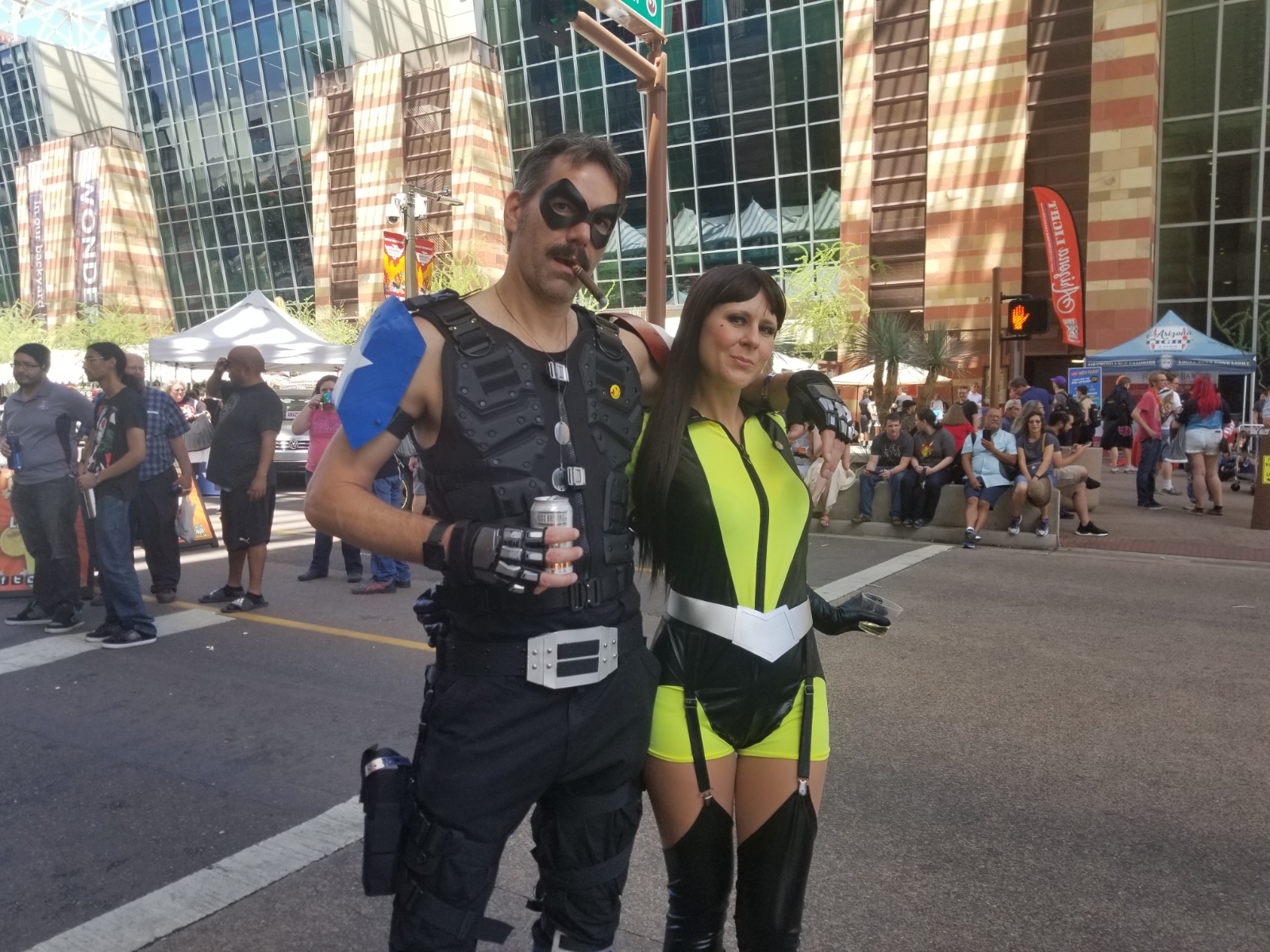 Each year comic fanatics dress as their favorite fictional characters while attending Phoenix Fan Fusion in downtown Phoenix. Oftentimes fans create their own costumes with careful planning and creativity. This is known as cosplay, the name derived from the combination of the words costume and play. Cosplay allows people to express themselves through the lens of their favorite characters.

People dress in a variety of costumes including mainstream characters and more obscure niche character.

From a hobby to a professional career, cosplaying offers people the excitement of being someone else.

At this year’s Phoenix Fan Fusion, people dressed in extravagant costumes to celebrate their love of nerd culture.

“I don’t follow comics or any of that other stuff, but I like to dress up,” said Sergio, an attendee at Phoenix Fan Fusion.

The festival offered an engaging visual experience as people pass one another in their colorful attire; standouts include the likes of the characters from Spider-Man: Into the Spider-verse and characters from the hit new animé My hero Academia.

Other costumes included the Joker from Persona 5, Optimus Prime and Porg from Star Wars. The amount of variety at the showcase was a sight to behold.

As a hobby, cosplaying provides many people with a fun activity that they can enjoy by themselves or with others. Often, cosplayers would attend conventions with groups of friends in costumes sharing their creativity.

“The first time we cosplayed as a group we got stopped every five steps with people asking for pictures,” said Javier De Leon, a member of Phoenix Gaymers, a nonprofit organization that works to foster friendships and create support in the LGBT community through gaming.

At this year’s Fusion Fest, the Gaymer’s presented a diversity lounge in the venue to provide individuals with a safe space to relax and play games.

Many people use cosplaying as a means to give happiness to those in desperate need of it.

“My best moments with cosplay have been when you can bring a hero to life for a kid or someone who is in need,” said Ryan Jackson who has done charity work with organizations like Heroes United AZ

Kevin Patterson shares insight on being a dad

Shining a Spotlight on Pulmonary Fibrosis in September