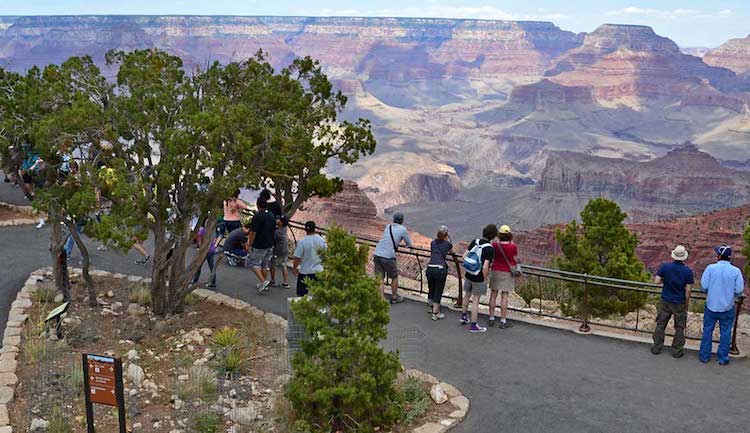 Grand Canyon tourists contributed more than $1 billion to the local economy in 2018, according to a report from the National Park Service. The report was released on Tuesday, and it revealed that 6.3 million people visited the Grand Canyon National Park. They also spent $947 million in communities near the park. The tourists’ spending supported 13,000 local jobs, and there was a cumulative benefit of $1.2 billion to the economy in 2018.

“Grand Canyon National Park welcomes visitors who come from across the country and around the world,” said Sarah Creachbaum, the acting superintendent of the Grand Canyon National Park. “We know that these visitors make significant contributions to the economy — local, state and national. “The National Park Service appreciates the support of our partners and neighbors in providing services that enhance the experience of those who visit the park, and are proud to work with them in sustaining our communities.”

Tourists spent $3.7 million at the Casa Grande Ruins, which went down from 2017. The visitor numbers in were an increase from the previous year. In 2017, 6.2 million visitors spent $667 million in communities in the area. That visitors supported 9,500 local jobs, and they had a benefit of $938 million to the economy.

The report that discussed visitor numbers was a part of a large-scale, peer-reviewed spending analysis. It was conducted by economists from the U.S. Geological Survey and by the NPS.

Arizona Expansion On The Horizon For Autism Research Center

Over $11K Left Behind At Sky Harbor Checkpoints In 2018