A sentiment of nostalgia filled the room as Former Arizona Governor, and past Secretary of Homeland Security Janet Napolitano stepped onto the stage to a standing ovation. Napolitano visited Phoenix to discuss her new book How Safe Are We? at an event hosted by Poison Pen and the Maricopa County Democratic Party at The Madison Center for the Arts. 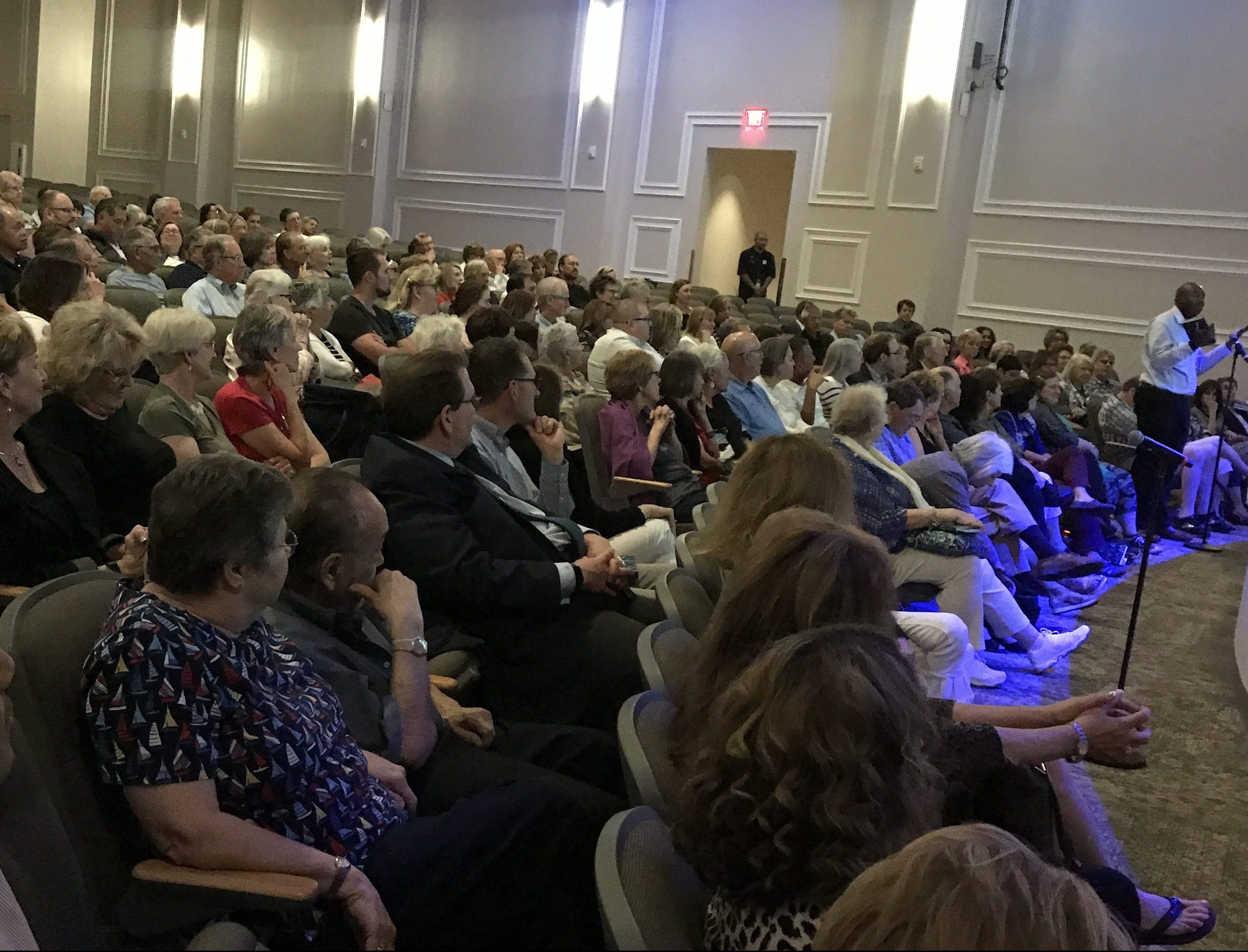 The night of discussion was lead by Mayor Kate Gallego who shared that early in her career she worked for the former governor. Through their conversation, Napolitano shared why she was motivated to write the book, stating, “I have something to say about Homeland Security and what we ought to be doing now for security.”

Throughout her book, Napolitano shares insight into her own life and experience as Secretary of Homeland Security, along with issues she dealt with and policy analysis about what is going on now.

Immigration and the border

The Department of Homeland Security was created in the wake of 9/11 and was the most extensive reorganization of the federal government since World War II. Napolitano said she spent her time working to develop a unifying vision for the department and worked hard to get comprehensive immigration reform, explaining how we “sorely” need immigration reform since immigration policies have not changed since 1986.

Gallego asked her about her stance on “The Wall.” Quick to respond, Napolitano said, “Let me tell you about the wall, I used to say this as governor, show me a 10-foot wall, and I’ll show you an 11-foot ladder.”

She went further to say, “A wall is a symbol, but it is not a strategy. We’re not going to solve our immigration issues by building a structure over 1,940 miles of some public lands, some private properties and some sovereign Indian nations, so rather you can even do it is an open question.”

Instead, Napolitano says we must deal with the source of migration for families fleeing for their lives and invest in the countries that can help stabilize them. Speaking to her career experience, Napolitano said she had spent much time on the border, having grown up in border states, touring it by aircraft and even horseback. She explained that the border is not a war zone to be militarized, but a region to be managed in accord with our values as Americans.

Napolitano believes that there are real risks to our security, but they do not exist at the southwest border. She went on to say that the three most considerable risks that she highlights in her book are climate change, cybersecurity and the rise of mass shootings.

She stated that climate change is a risk to America because of an increase in hurricanes, tornadoes and forest fires caused by drought. She is concerned about the changes in global migration and rising temperatures, giving way to new kinds of diseases.

Touching on cybersecurity, she said, “What is more critical than our democracy? We saw direct attacks on our democracy in the 2016 election interference.”

She explained that the most concerning to her is the rise of mass shootings. She stated that we need to think of this not just as a law enforcement issue, but as a public health issue. Napolitano believes we need to better understand what causes a human to become violent to that degree, saying, “I think if we understood that better, we would have a better chance of preventing it.”

Taking a look at threats that exist for Americans, Napolitano said, “In some areas, we are safer,” explaining that the tragedy of 9/11 could not happen again because security measures have been successfully put into place to prevent attacks, but that risks and things that endanger us change. “We must have the depth and be agile enough to deal with these risks.”

Gallego noted that many old colleagues of the former governor were in attendance at the event. Asking Napolitano to share some of the work she did as governor, Napolitano proudly explained how during her time in office, she tried to move the needle on public education.

She started all-day kindergarten saying, “ I actually believe that for the future in young states like Arizona, you really cannot do enough to invest in public education. Public universities and education are the one tried and true tactic throughout history that have helped people increase their income over time.”

Napolitano served as the 21st Governor of Arizona before going on to be the Secretary of Homeland Security under the President Obama Administration. She now serves as the President of the University of California. She has been recognized by many for her leadership, including being ranked the ninth most powerful woman in the world by Forbes in 2013.

Her new book, How Safe Are We? was released in February 2019 and is available for purchase at your local bookstore or online. Signed copies of her book are available for order through Poisoned Pen’s website here.

Goals Are For Losers

Letter from the Editor: Learn about The UM’s vision for the future with owner Max Fose