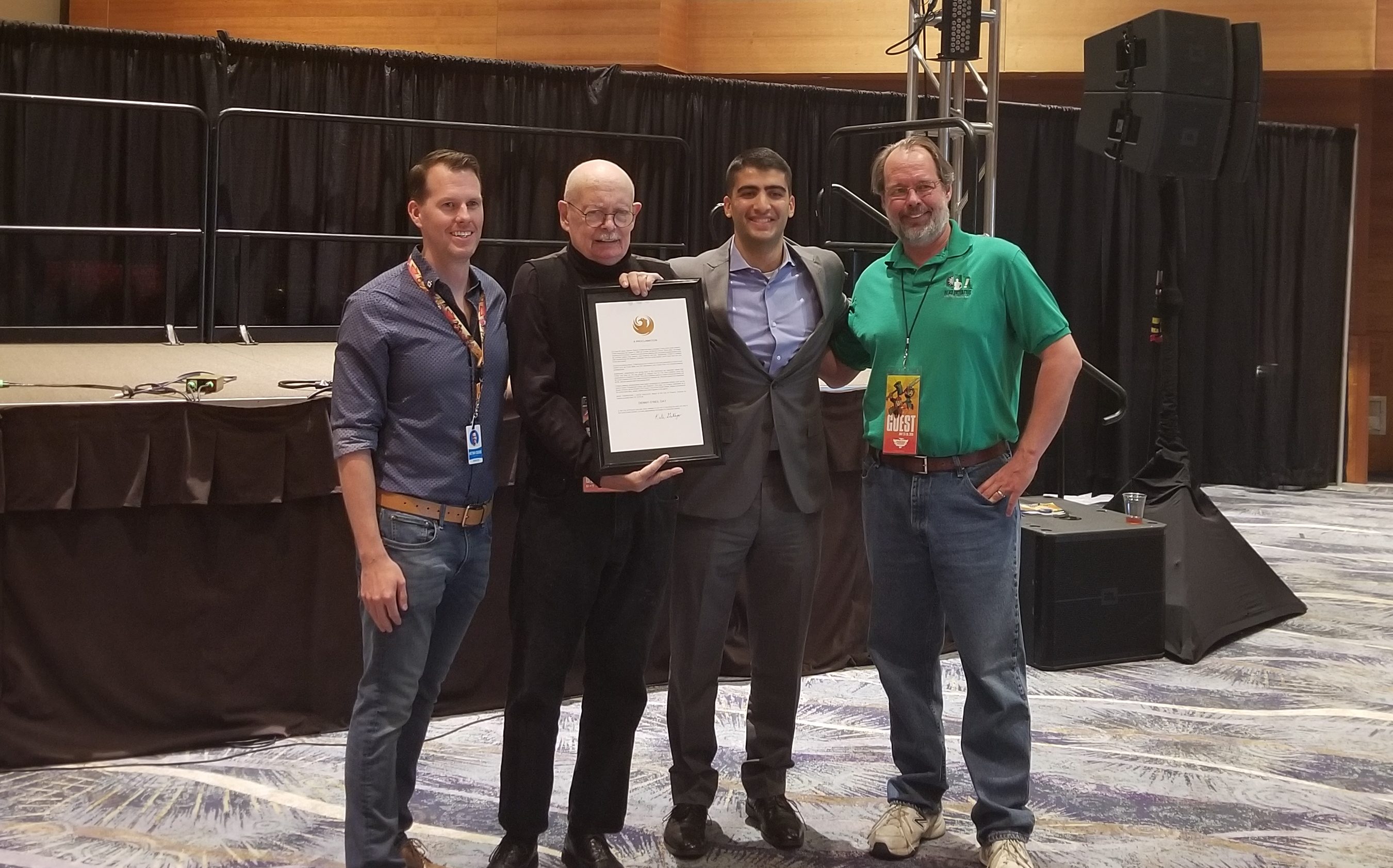 The City of Phoenix in partnership with Square Egg Entertainment proclaimed May 25 as “Denny O’Neil Day” after the prolific comic writer. O’Neil was presented with the proclamation and featured as the guest of honor at this year’s Phoenix Fan Fusion event for his philanthropic work with Hero Initiative.

As a central figure in the comic industry from the 70s through the 90s; O’Neal came to the forefront of the sector for revitalizing Batman in a new era and addressing critical social issues in his comics.

O’Neal’s iconic Batman run brought the character back to its darker roots after the sillier 60s Batman show. He also introduced new elements to the dark knight’s mythology that would go on to become staples in future Batman comics and incarnations to this day.

“Batman is a great character because you can tell almost any kind of story without violating the basic premise,” said O’Neil.

Initially breaking into comics at Marvel in 1966, O’Neal wrote for the likes of Daredevil and X-Men. But he wouldn’t spin the comic book industry on its axis until he started writing for DC Comics.

At DC, he used comics series like Batman and Green Lantern/Green Arrow to explore avenues the comics industry didn’t even know it could go.

As an editor at both Marvel and DC in the 80s, O’Neil mentored the next generation of comic talent that included Frank Miller, Bill Sienkiewicz and David Mazzucchelli.

His work has been recognized for stories that dealt with race relations, war and peace, and drug addiction.  O’Neil broke ground in leading the comics community to explore more mature themes in a mainstream setting.

At the proclamation ceremony, O’Neil gave insight into his writing saying, “Here is the secret to writing relevant superheroes, believe in what you’re writing. Every story that went in my books was about something that concerns me as a father and a husband.”

Janet Napolitano to discuss How Safe Are We? at The Madison Center for the Arts on May 28