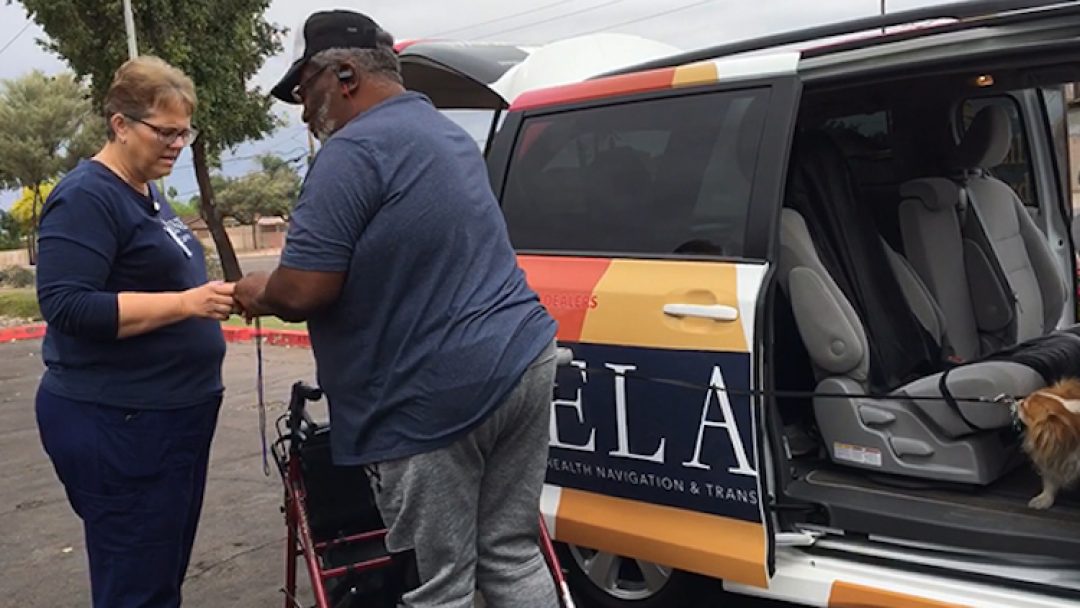 A Nonprofit Dedicated To Helping The Homeless Navigate Healthcare

Sylvestre Primous, like most people without permanent housing, stopped seeing doctors when he became homeless. The 71-year-old, a Vietnam veteran, didn’t have a way to make it to his medical appointments, and it affected his health. His stress levels were high, his diabetes was out of control, and it hurt to walk.

“Everything was mentally and physically wearing me down,” he said.

However, he found relief when he learned about Elaine. Elaine is a nonprofit formed in February. It’s mission is to make sure homeless individuals have a way to get to their doctor’s appointments.

Primous has used the group several times. They’ve given him the ability to see a counselor at the VA Medical Center for his post-traumatic stress disorder.

Elaine was formed by Vivienne Gellert. She got the idea while she was a premed student at Arizona State University. While attending school, she realized homeless individuals lacked numerous types of services that could help them be successful.

Drivers from the group pick up homeless individuals as they’re released from the hospital, drive them to doctor’s appointments, and help them find resources. Gallert names the group after Elaine Herzberg. She was a homeless woman that was hit and killed by a self-driving Uber vehicle in 2018.

“We thought as an organization it was a great way and a really beautiful way to honor her memory and to remind us why we’re here every day,” she said.

The nonprofit launched in February, and it has served 90 people. Michelle Detrick, the transportation director, has driven many of those individuals to their appointments. She and Primous developed a close bond.

Primous’ health has greatly improved since Detrick began helping him. “He’s up and moving more,” she said. “He’s becoming a little bit more self-sufficient and his health is — it’s not perfect but it’s real close.”

Click here to learn more about the non profit organization.

Goals Are For Losers