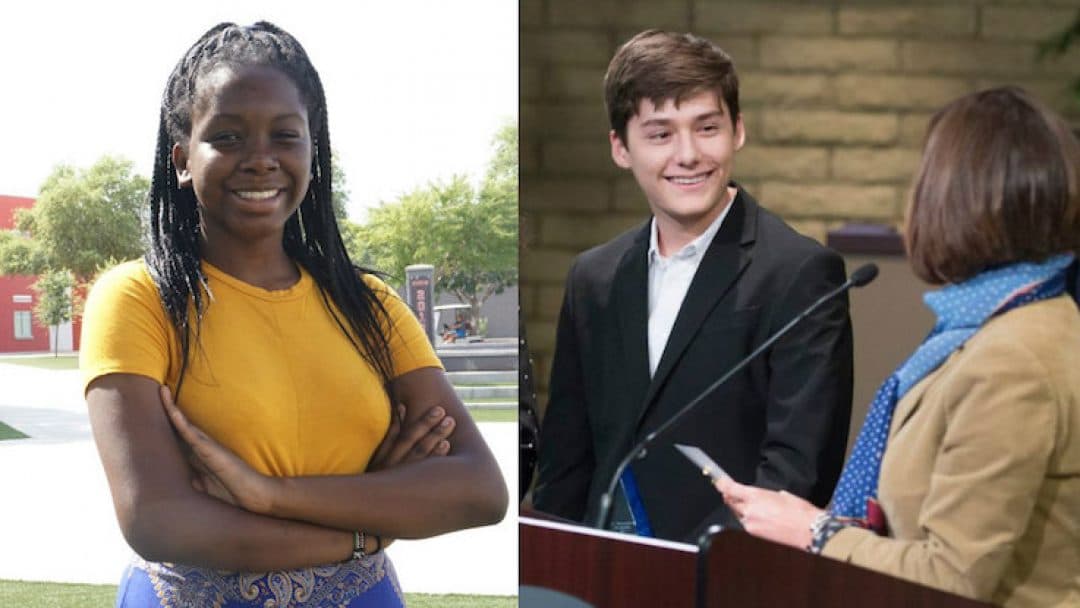 Across the U.S. this year, more than 3.6 million students are expected to graduate from high school.

On Tuesday, 161 members of the group were named to the prestigious list of 2019 U.S. Presidential Scholars.

When looking at the 2019 list, at least one male and one female student from each state, the District of Columbia and Puerto Rico were selected. In addition, there are 15 at-large scholars nationwide, 20 scholars in the arts and 20 scholars in career and technical education.

The list of career and technical education scholars included Kwiatkowski and Nyagaka.

During a June 23 ceremony at the White House, all winners will be honored and presented with Presidential Scholars medallions.

“I have no doubt that many of tomorrow’s leaders are among this year’s class of scholars,” said U.S. Secretary of Education Betsy DeVos.

The Presidential Scholars program was created in 1964.

Winners are selected by a federal commission on the basis of performance on the College Board SAT and ACT exams or nominations by Chief State School Officers or other recognized organizations.